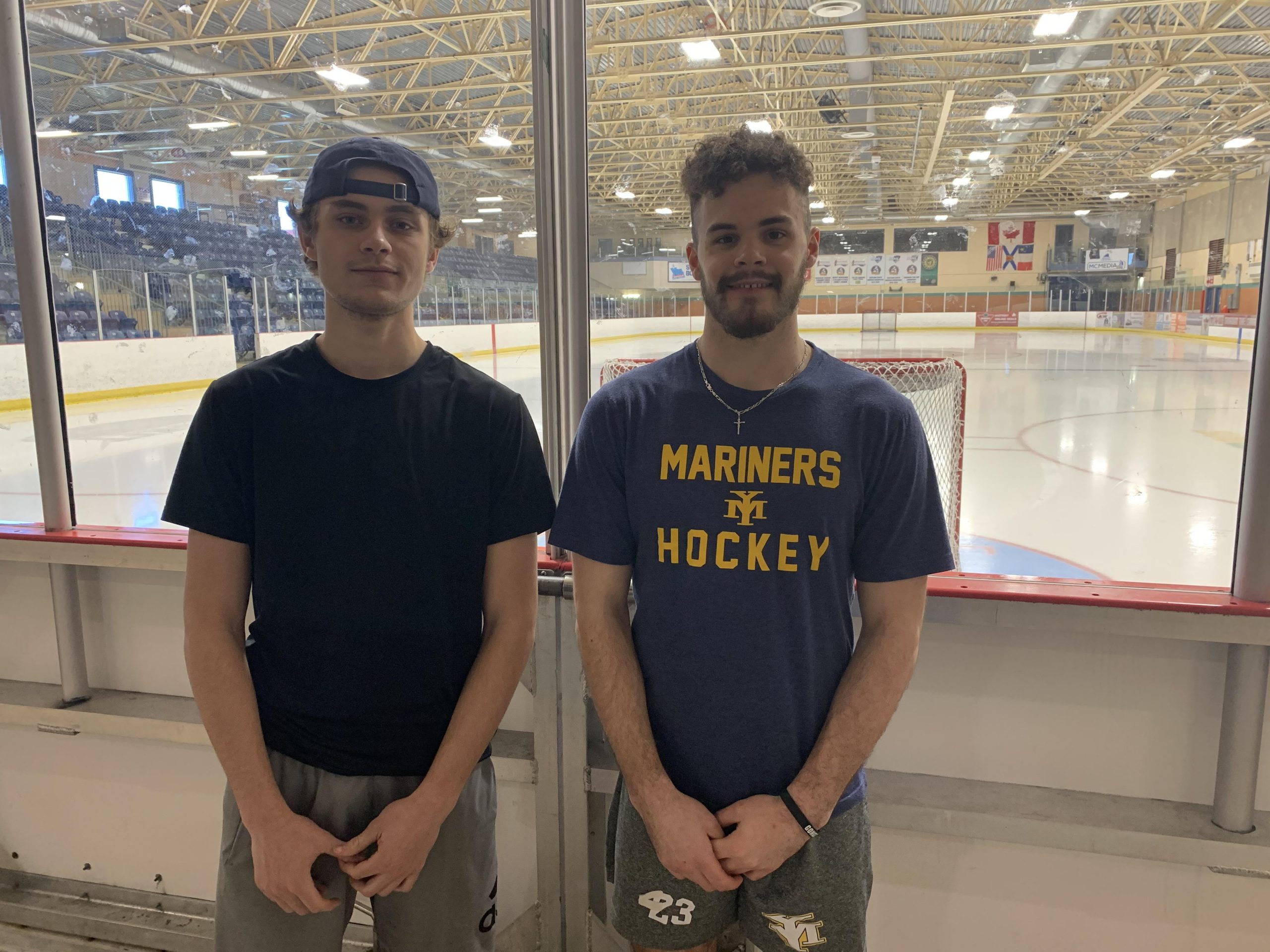 Defenseman Chase Carter and goaltender Justin Sumarah were recognized as the league named its all-stars and rookie all-stars for the regular season.

21 year old Carter ranked third in points by defensemen with 24.

He says it’s an honour to be named an all-star.

“The team in front of us, they make it easy. It’s an honour to get this accomplishment, I really appreciate it.”

20 year old Sumarah led the MHL with 21 wins in 26 games, played the most minutes, had the best goals-against average, save percentage and led in shutouts with five.

He says his teammates deserve all the credit.

“I have a solid defense in front of me, I got pucks out easy, I see every shot. They make my life easy, so I’ve got to give it to them, really.”

The Mariners continue their MHL Playoff Round-Robin tonight against Pictou County at home, game time is 7:30.